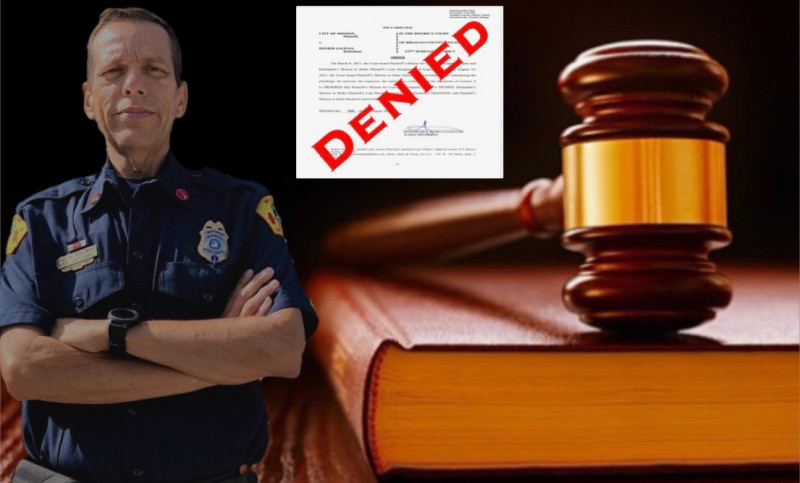 Mission firefighters are grateful for the court ruling that moves Lt. Homer Salinas a step closer to defeating the City of Mission’s taxpayer-funded lawsuit to deny workers’ compensation insurance coverage for his occupational cancer treatments.

In a pivotal ruling, the court struck the city’s key designated medical expert witness in the case and rejected city efforts to designate another one. We appreciate the continuing good work of Homer’s attorneys with the legal team at the Texas State Association of Fire Fighters.

For several years, Lt. Salinas has fought and defeated cancer, but the legal attacks on him continued by the city and its insurance carrier at the Texas Municipal League. Firefighters throughout Texas are hopeful the city and TML will soon be defeated in court once and for all.